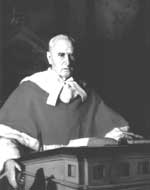 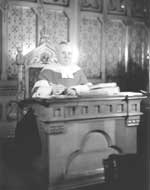 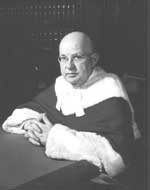 When Austria's Supreme Court shut down the Worgl town interest-free community currency system during
the Great Depression after it had resulted in eliminating unemployment as LETS and other timecurrencies are
now doing around the world, they then all went back on unemployment.I called those judges monsters.
When Bible Bill Aberhart's Alberta provincial government tried to introduce interest-free social credits,
Canada had our own judicial jailers ready to deny Adelard Turmel's generation of debt slaves the liberation
Aberhart and the mayor of Worgl had offered. The Worgl social credits worked and were stopped.
Aberhart's would have worked too and his LETS anti-poverty social credits system was ruled
unconstitutional by the men above.
CURSE THEIR SOULS TO BURN FOR WHATEVER FOREVER GOD HAS DEEMED FIT